It is only mine in the telling

With support from Arnis Residency
Photo credits: Teresa Cos

A video projection and live performance where technological devices meet myths and rituals. An inspection camera is used to document a micro scale, expanding it to macro. A contact mic records the vibrations of the environment on a minute level, enlarging its audibility. During the performance, which takes place in the middle of the video projection, the artists interact with a pre-arranged set, including a tunnel, local objects, and materials, performing an attempt to connect with the mythical creature of the Klabautermann, a mystical sea creature said to inhabit waterways surrounding the Baltic and North seas.

This work, developed during the Arnis Residency in North East Germany, attempts to establish new forms of sensitivity towards complex ecologies via the narrative devices of moving image and sound recording apparatus, as well as the myth itself. 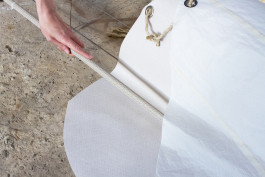 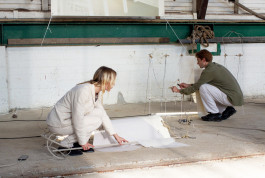 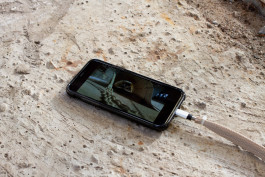 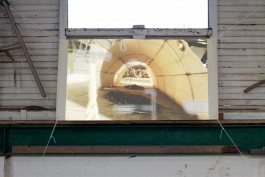 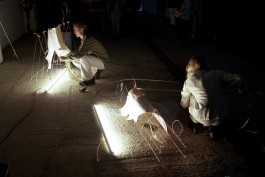 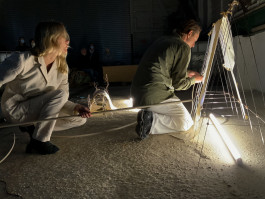 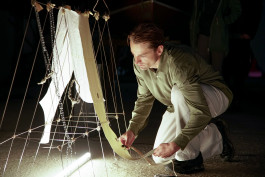 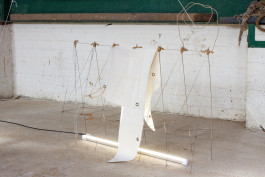 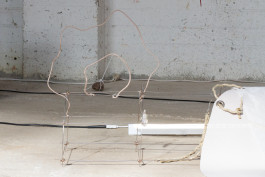 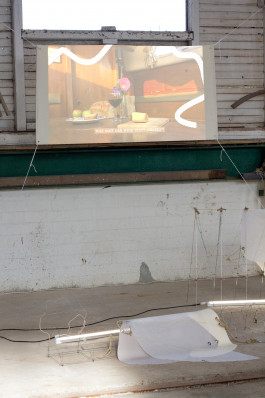 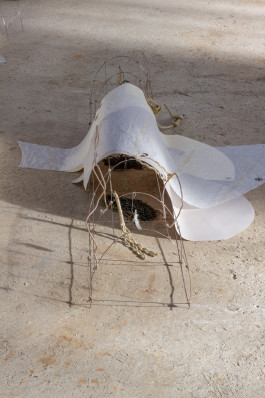 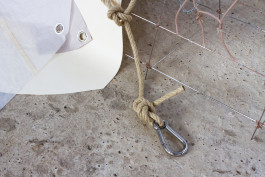